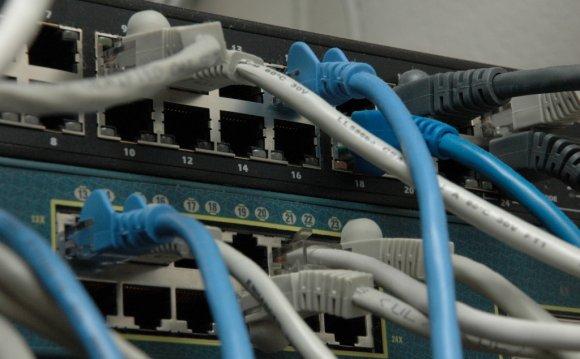 Many of the fiber and the copper networks are used for sending data from the one place of the world to the corner of it. There are so many connections are out there which are most commonly found in the modern era. These connectors have some specific cables as well. The cables that we use at the homes are important since they might be the base of the connection that is being used. So, one should ensure that the foundation of these cables is very good. When the house is being build, and the networking is being selected from the scratch, it is very vital to know that the cables selected are of the right type so that no difficulty can be seen in the future. Here are some connectors and the cables which have some specific characteristics;

When one starts working with the fiber, he would notice that it contains many types. There are various kinds of the connectors which are connected at the end of the cables. They are mentioned as below;

ST: One would find, that the first type that the fiber network has is called ST. it stands for the straight tip. This straight tip can be seen coming out of the each end of the connector. The connection would also be containing some little bayonet type connectors at the end of it. So they are normally just pushed in the link and turned around and hence they are locked into the place. This way, one can re arrange the cables an can move the fiber around. They are pretty tight and the only way to remove them is again, to turn them. Hence by locking it, one can assure that they won't come out and get disconnected during the operation by any accident. There is one important characteristic that is observed during working with the fiber, that is the light travels only in one direction, so one would connect a pair of the cables at the same time. When different pairs are noticed, one can notice that there are some various pairs which have some different colours. One end is usually plugged into a connection which goes to the transmit and the other one is plugged into the same kind of connection in the receive. Also, they have to become changed and swapped on some other side.

SC: There is another type of the wire as well. It is known as the SC Connector. This means the subscriber connector. Also it is known as the standard connector. It is actually a square connector since the fiber present inside this cable is in the round shape. The actually connector, is square. These cables are normally connected in some pairs. They also have a connection established among them so that the data can keep travelling to the only one same direction. So, it gets plugged in into the links only in a particular way. One would also find some pairs that have a connector between these ones so that they all can go in the same direction, the black connector would be found on the right side and the red connector would be found on the left side of it. While at the other ends of this fiber, one would be able to find the receive and the transmit. Knowing this can save someone so much time since one can simply plug them in and can keep these fiber straight that which connector and the side goes in which connection.

LC: LC is the other type of the connector. It is the short form of the Lucent Connector. It is also known as the little connector or the local connector. It is smaller in size if compared to some other connectors. These connectors are normally combined, forming a pair. They can't be separated so it becomes pretty easy to work with them out in some big environment. Some of this connector can even put some marking on the fiber hence one can tag them and can know what they are. It is very helpful if they are being run from some long distances. This specific type of the fiber connectors has some caps on their ends. So, one can install them pretty simply and can remove those caps for the installation. Also, there is a locking mechanism which is the part of the connection.

It is pretty obvious that if one decides to do all the cabling himself, he would have a different way of doing it than others. Hence one can face many problems while doing so. Due to that reasons, there are some standards which have been created and linked to the devices so everyone follows the same. Some of them are associated to the twisted pair cabling. These are as follows;

Connectors: RJ-11, RJ-45: there are two connectors which are associated to the twisted cables. They are;

RJ-11: if one is working with a telephone connection, then it is obvious that he would be using the RJ-11 cable. It is a 2 conductor and the 6 positions standard connection. Inside it, if one sees, he will find two pieces of the copper which are responsible for receiving those positions. Hence when the telephone line is received by us, there are normally two connections working inside it.

RJ-45: If one finds that there are four connections in the cable that is because there are 4 wires which have been wired. They would be getting connected to only the two connections which exist inside. Whenever such wire is seen, it is surely RJ-45. There are total 6 positions and the 4 conductor which this wire has. It is mostly used when one has to pass two phones lines through the single cable. This wire is always used in the network connection. Mostly, they are used for the Ethernet connection. Bu there are some other types of the WLAN connections and the other connectors as well which are inside the infrastructure. One has to be careful while plugging into the Ethernet cable in the connection.

Wiring standards: T568A, T568B: Since there is the fear that everyone who connects the wire will do it in his own way, it would give rise to some complications. So some standard f the wiring has been established so that everyone connects them in the same way. These two use some completely different wire mappings on the connector. So, the organization might have to make decision that which of the standard would be applied for them. Most of the organizations decide to use the T568B, it is more common and they use the whole map throughout the structure. One can't have their one side on the one standard and the second one on another. Since, if they do not match on the both sides, they won't work.

There is the connector type which is normally used in the video connections. One might also find some old fashioned legacy coax Ethernet connection there. There are the forms of the connectors which the cable has;

Connectors: BNC, F-connector: BNC connector is the old fashioned one. It is now used in the old computers and it is actually the coax Ethernet connection, it is also the Bayonet Neil Concelman. These connectors also have to be locked in by putting it in and turning it around. Hence they are difficult to come out. But this serves as an advantage since one can use them without having the dear that they would be falling out of the plug with an accident. There is the common connection type that one uses at the homes as well. It's called the F connector. This connector is common in the TVs and they look like the RG-6/U. They all are connected to the back of the TVs and DSL modems. This connection is really solid so that's the reason why so much time is invested in putting the connections. They are spinned so that they become tight at their place and don't fall our easily. They are very difficult to remove and one might have to sit there for much long time, twisting the wires and them disconnecting it from the connector.

A cable type which is very common and is sued quite often is the fiber based. It is used to comminucate between the devices. They are different from those wires that are used in the copper cables which send the electrical signals. With the help of light, one can sample send the protons from one side to another and can transfer the data. Following are the characteristics of the fiber cables;

Types of Network in Hindi by Niket shah