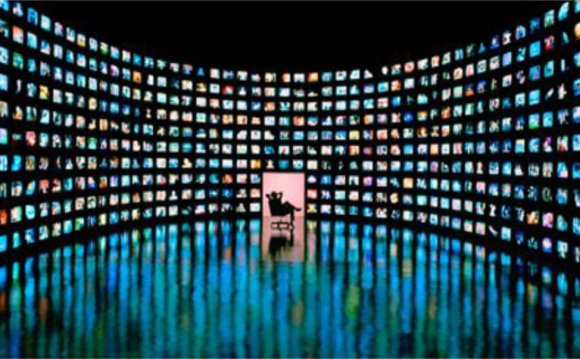 And Wall Street is noticing.

The summer season was once cable’s most important time of the year. Broadcasters like CBS, NBC, Fox and ABC would sit on the sidelines, happy to air mostly repeats. This gave smaller cable channels like AMC and USA and FX a brief window of attention. Cable networks took advantage of it, launching popular programs like “Mad Men” and “Monk.”

“TNT, the most-watched cable channel in prime time for the month, experienced a 22% drop from July 2014. Walt Disney Co.’s Disney Channel lost 19% of its audience, Comcast Corp.’s Bravo was down 23% and Viacom Inc.’s MTV fell 24%, ” according to the newspaper.

The spectacular ratings crash will wind up meaning something.

Other victims in the markets included Viacom, Discovery Networks and CBS. And almost every other media company, for that matter, suffered — including even Netflix, which by its nature was dragged down by the others.

The broadcast networks’ summer reruns gave an opening to cable channels, like AMC with its “Mad Men.”

The media stock slide has been going on for for some time. And now it seems to have gained momentum. Disney acknowledged earlier this month that ESPN has lost subscribers — partly due to a decline in pay TV customers. That led some to cut their financial projections.

In his report, Juenger cited declines in pay-TV subscriptions and TV advertising revenues.

Investors fear that traditional media companies will continue to grapple with changing viewer habits. The unraveling of the pay-TV bundle will accelerate, and so-called cord-cutting and cord-shaving appears likely to increase.

Or as Juenger wrote: “When an industry is undergoing a massive structural upheaval... investors won’t wait for final conclusive evidence to reevaluate how much they are willing to pay.”

That means Juenger and other media industry wonks are looking with renewed interest at those streaming services like Netflix, Hulu and Amazon. These players have turned Hollywood on its head — and now they’re threatening to eat cable stations as well as the traditional broadcasters.