Types of Ethernet Cables and uses 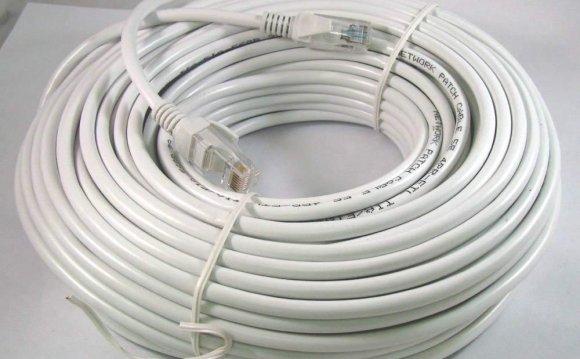 
The Major Categories of Ethernet Cables

Ethernet cables have been evolving since the beginning of the Ethernet standard in 1985. Many different categories of Ethernet cable have been developed, and each category has different specifications as far as shielding from electromagnetic interference, data transmission speed, and the possible bandwidth frequency range required to achieve that speed. It is understandable that some confusion can arise when looking at all the available options for Ethernet cabling. Luckily, the category of cable is usually clearly printed on the cable's sheath, so there can be no doubt as to the type of cable being used. There are also certain types of cables recognized as common industry standards. This guide will describe a few of the most common categories of Ethernet cable that are used in modern networks.

Category 3 Ethernet cable, also known as Cat 3 or station wire, is one of the oldest forms of Ethernet cable still in use today. It is an unshielded twisted pair (UTP) cable that is capable of carrying 10 megabits per second (Mbps) of data or voice transmissions. Its maximum possible bandwidth is 16 MHz. Cat 3 cable reached the peak of its popularity in the early 1990s, as it was then the industry standard for computer networks. With the debut of the faster Category 5 cable, however, Cat 3 fell out of favor. It still can be seen in use in two-line telephone systems and older 10BASE-T Ethernet installations.

Category 5 (Cat 5) Ethernet cable is the successor to the earlier Category 3. Like Cat 3, it is a UTP cable, but it is able to carry data at a higher transfer rate. Cat 5 cables introduced the 10/100Mbps speed to the Ethernet, which means that the cables can support either 10 Mbps or 100 Mbps speeds. A 100 Mbps speed is also known as Fast Ethernet, and Cat 5 cables were the first Fast Ethernet-capable cables to be introduced. They also can be used for telephone signals and video, in addition to Ethernet data. This category has been superseded by the newer Category 5e cables.