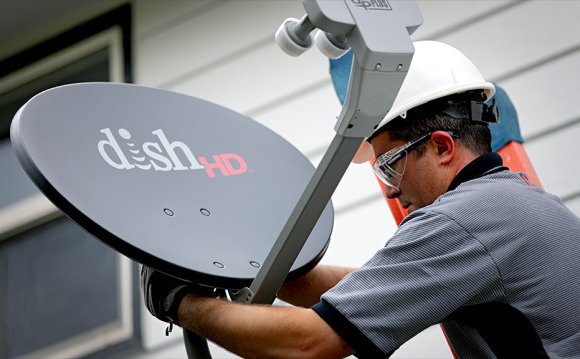 The day is coming when you won’t need a cable box and a cumbersome contract to watch “Big Bang Theory” and the Super Bowl, when you won’t have to call a company every other year to rework a contract that includes a hefty helping of channels you’ve never even watched.

That day is not yet, but it continues to draw closer. And the biggest step toward that day came just last month.

Meet Sling TV, an Internet-driven endeavor from DISH Network that is the first legitimate alternative to traditional cable TV. It’s a service that’s free of contracts and friendly of pricing, and it offers tantalizing flexibility to the tech-savvy user. The service needs some work before it’s ready to captivate the average user, but with evolution, it has the potential to be special.

The service is currently available on a handful of devices, including Amazon’s streaming devices, iPads and iPhones, Android phones and PCs and Macs. In the coming months (and Sling’s been working quickly), it will hit the Xbox One and maybe even Apple TV. Regardless, even in its current state, it’s easy to get Sling TV onto your HDTV; you’re just an HDMI connection away.

The most tantalizing number in Sling’s formula: $20, the starting price for a month of Sling TV with 17 channels (really 16, since Adult Swim and Cartoon Network are basically one), including ESPN, TBS, TNT, CNN and the Disney Channel.

For smaller $5 monthly fees, you can augment that package. There’s a Sports Extra that includes the likes of ESPNews and ESPN U for example, and a Kids Extra with the likes of DisneyXD and Disney Junior. None of these packages add a ton, but the setup still seems preferable to some bloated cable bill that charges you for the Fox News and C-Span that you don’t even acknowledge.

There’s a viewing price to pay, though, in the form of the complete lack of the big five networks. Fox, ABC, NBC, CBS and the CW aren’t available, so many favorite shows aren’t options. If you desperately need to watch the latest episode of “Agents of SHIELD”, you’re limited.

Then again, a $7.99 subscription to Hulu Plus coupled with Sling TV solves the entire problem nicely. And for those who can sneak past a cable provider’s inane subscription limitations, the top networks typically make most of their shows available for online viewing.

It all adds up to a sharp, well-priced package for Sling TV, and when you add in some of the strengths of the service, things get even better.

Once upon a time, you needed a boatload of WiFi bandwidth to truly enjoy lag-free streaming viewing, but the rise of LTE has negated such issues. I experimented with both Verizon LTE and T-Mobile LTE connections, and was able to easily and comfortably stream Sling TV from events such as a child’s birthday party (yes, that stereotypical moment from many a TV commercial) and while making a road trip to Foxborough. While there were a few dead moments on the way to Foxborough, it was hard not to enjoy the fact that I was watching SportsCenter live while in the midst of a road trip.

The stream experience is, for the most part, impressive. Load a station, and you’ll get a brief few seconds of buffering, and then it feels as if you’re watching regular good old TV. That means ads and commercials, although cable TV viewers shouldn’t be stunned or bothered.

On occasion, Sling TV had more serious issues. Sling TV would not even air ESPN’s telecast of the Pro Bowl; NFL games are subject to blackouts on mobile devices “due to rightsholder agreements, ” according to a rep. That’s a potentially major bummer come Monday Night Football season, although thankfully, the NBA experience has not been subject to similar issues.

In its purest form, this is the great lure of Sling TV. If you have traditional cable (as I do), you’re adding a version of TV that can travel with you for a minimal fee. And if you want to nix your cable bill, you get a solid entertainment experience, a mix of sports and light-hearted TV shows and news, for a price that destroys the traditional cable approach.

But if you want to nix your cable bill, you’ll deal with some disappointment and frustration along the way, too. While the ability to watch live TV over LTE is at both captivating and impressive, it may not work in concert with your smartphone provider. You’re streaming gigs and gigs of data, and eventually, it will hit your smartphone plan. That’s not Sling’s fault at all, but it’s important to note before you tune into TBS’s next “Psych” marathon while heading from New York to Florida.

The app itself, too, is adequate at best, annoyingly inconsistent at worst. The most frustrating hindrance is something Sling TV must solve quickly: You’re only allowed to use it on one app at a time. For those considering cord-cutting, that’s a serious limitation. Many households that may consider Sling TV will have more than one television. If they need a second Sling subscription, the value proposition suddenly isn’t as impressive.

Dish Network Satellite TV vs. Cable TV - And the Winner Is ...