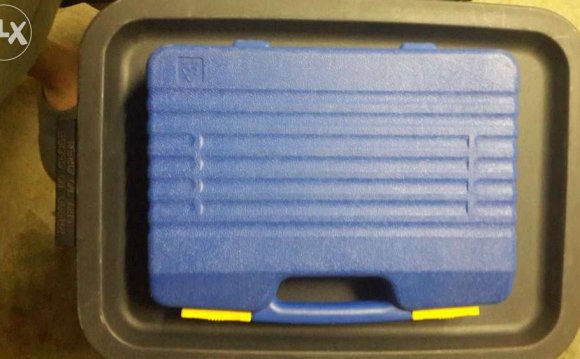 Networks are everywhere, and even as home Wi-Fi routers proliferate, there is still a tremendous need for wired networks. Wired networks are more robust, faster, and often less expensive than wireless ones. Best of all, wired networks never have to worry about interference because the neighbors are on the same channel. The one issue with wired networks is that when they stop working, it can be difficult to troubleshoot. This is where a network cable tester comes in. This simple device is vital for checking cable continuity to ensure that the signal is getting through, and eliminating cable connectivity issues when troubleshooting network problems.

In its simplest form, a network cable tester relies on the simple fact that network cables transmit data electronically. Because electricity requires a continuous physical connection, any breaks in the wiring inside the network cable prevent it from functioning. The other problem cables can face is that of cross-wiring, where some of the internal wires make the wrong connections, causing a short-circuit.

Most network cable testers can test two basic types of cable: coaxial and twisted pair.. Coaxial cable, the kind used for cable TV, uses a single shielded conductor that runs down the center of the cable. Twisted pair relies on multiple pairs of wire wrapped together. Both kinds of twisted pair use similar connectors, but the one for an is larger than that for telephone. Coaxial cable normally uses the same kind of barrel connectors found in cable TV installations

Never connect a cable tester to a live circuit. Always remove the cable from both the computer and router or modem before connecting the tester. The majority of testers consist of two main components: the tester itself and the remote. Most testers have either two or three connectors: RJ-45 for Ethernet, RJ-11 for telephone cable, and BNC for coaxial cable.. The smaller remote has two connectors, one each for RJ-11 and RJ-45. If the network cable tester supports coaxial cable networking, it comes with a terminator.. Users simply plug the network cable into the appropriate port on the cable tester itself, and then connect the remote to the other end of the cable.

Once the cable is connected to both the tester and the remote, users should turn the tester on to send a signal up the cable, which lights up the LEDs on both the tester and remote. It not only works as a continuity tester, but more importantly, shows the user exactly what kind of network cable they have and indicates any potential problem, leaving no need for guesswork. The tester distinguishes between straight through patch and crossover cable, as well as showing both shorts and open circuits. Note that this is only necessary for twisted pair, such as Category 5 Ethernet cable, as a coaxial network cable only needs a continuity tester.

The standard network cable tester has a row of 10 LEDs on the body and 9 LEDs on the remote to match up with the standard connector pinouts. The tester sends a signal down each pair in turn, lighting the LEDs up. The order in which they either light or do not light indicates the cable type and whether or not it is working.