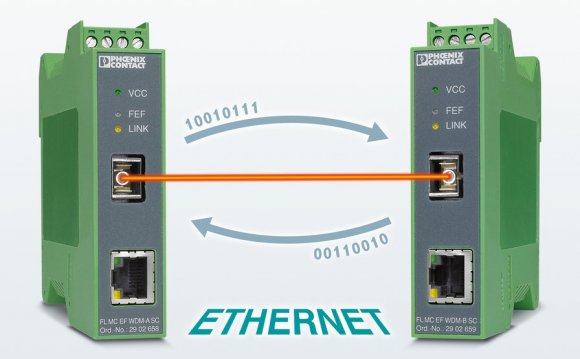 Whether you’re running a local family business, or need to be connected to customers around the world, having fast, reliable, and secure Internet is essential to operational success.

But as a small business owner, chances are you don’t have the benefit of IT gurus to help you understand the pros and cons of popular connection options like fiber optic cable and copper Ethernet cable.

So we’re going to give you the background and basics on both, and then put them head-to-head in five BuzzBattle rounds to help you decide which fits your company’s needs best: Ethernet cable or fiber optic cable.

Background and the Basics

Ethernet Cable
Developed by Xerox in the early 1970’s, Ethernet was introduced commercially in 1980. Ethernet is a popular method of networking computers in a local area networks (LANs) using copper cabling. In the past, Ethernet had a reputation for being slower than fiber optic cable, but that has started to change. Ethernet speed was once limited to 10 megabits per second (Mbps). However, “Fast Ethernet” offers speeds of up to 100Mbps, and “Gigabit Ethernet” can provide speeds of up to 1000Mbps.
Due to our ever increasing demand for speed, gigabit Ethernet is emerging as the go-to Ethernet option. Its cables are comprised of multiple strands of copper wire that are twisted together, with four twisted wire pairs per cable. Two of the pairs are used to send data, and the other two are used to receive data. Data is transmitted via electrical signals sent through copper cabling. Cat 5e and Cat 6 cables are designed for high speed gigabit Ethernet.Optical Fiber Cable
The principle behind fiber optics dates back to the mid 1800s. Through the years, fiber optic technology has been used in a number of applications, including in the television cameras that NASA sent to the moon in 1969. Today, optical fiber cables used for Internet are synonymous with speed, and are especially useful when transferring data over long distances.
The cable is made up of strands of incredibly thin optically pure glass that carry digital information with light instead of electrical currents used with Ethernet. There are two basic types of fiber optic cable: single-mode and multi-mode. Single-mode fiber cables use laser light to send signals, and they are thinner than multi-mode fiber cables. Light-emitting diodes (LEDs) are used to send signals in multi-mode fiber cables, and multi-mode cables are usually used over short distances. Data transfer rates between 10 Mbps to 10 gigabytes per second (Gbps) are the norm.

Ethernet cables are vulnerable to electromagnetic interference because they work through electrical signals. However, using a “shielded” cable can help minimize this problem. A “shield” is a protective sheath that surrounds and protects the cable wires from electromagnetic leakage and interference. Although not always necessary, shielded cable is the preferred choice if you’re working close to strong electrical interference such as that produced by a generator.Because optical fiber cables work through the transmission of light, interference from electronic devices isn’t a concern. Additionally, since they don’t conduct electricity, fiber optic cables are ideal for high voltage locations, in buildings prone to lightening strikes, and locations where explosive fumes are present.

Due to the way in which data is transmitted across Ethernet copper cabling, it is vulnerable to being intercepted. Ethernet switches can help improve security.Information sent via fiber optic cables is much more difficult to intercept because light can’t be read in the same way signals sent via copper cabling can be.

Until recently, fiber Internet-optic cable speed would almost always beat Ethernet cable speed. But as the technology behind Ethernet cables has advanced, Ethernet cables can provide speeds as fast as some fiber optic cables. As mentioned, gigabit Ethernet can provide data transfer speeds of up to 1000Mbps, but through the use of Cat 6 cables it can support data transfer rates of up to 10Gbps.Typically, optical fiber transmits data faster than copper Ethernet cable and has the potential to be incredibly fast. In fact, a single optical fiber strand has been shown to transmit data at a rate of 100 terabits per second.

Round Five: Capacity and Bandwidth