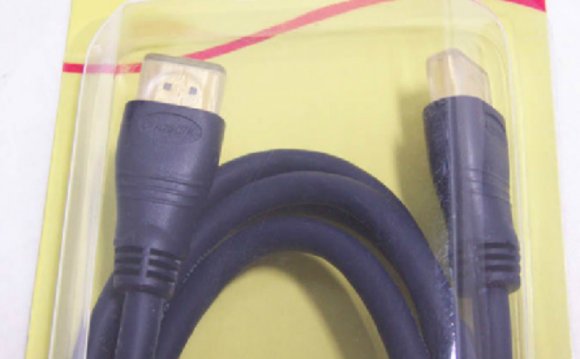 I'll never forget the first time I bought a set-top box. I actually got a good deal on it at Best Buy, but before I reached the cashier the sales rep stopped me. He said I needed an HDMI cable, and guided me to one that cost $30.

Needless to say, I was pretty shocked by the price. $30 for a cable? That's ridiculous. I told him I already had one at home and walked away. It was only afterwards that I learned a $5 HDMI cable and a $30 cable are identical. Sure, the $5 cable may not be made with gold, but it works just the same. In fact, the audio and video will be virtually indistinguishable from high-priced alternatives.

While pricing can create confusion over HDMI, so can the standard itself. There are multiple versions of HDMI, five types of cables, and four types of connectors. Luckily, we'll break down everything you need to know about HDMI so you can get the right cable for your entertainment system.

HDMI 1.4 came out in 2009 and added a number of important features to the standard. The HDMI website mentions that among the additions were some notable standouts, including the HDMI Ethernet Channel (allowing HDMI cables to act as ethernet cables), 3D support, 4K support up to 30 Hz, the HDMI Micro connector, and the Automotive HDMI system for cars.

Then in September 2013, the next and latest update—HDMI 2.0—was released. This update increased the HDMI bandwidth to 18 Gbps, added 4K support at up to 60 Hz, and added support for the theatrical 21:9 aspect ratio, among other changes.

Types of HDMI Cables and Connectors

There are technically five types of HDMI connectors, but only four actually matter.

While you can buy all sorts of HDMI cables that are made with gold and offer all sorts of promises, there are actually only five cables that matter. And all five cables actually derive from two types: HDMI Standard and HDMI High Speed. As the name suggests, High Speed cables offer higher data transfer speeds and support higher resolutions.

HDMI Standard works with resolutions up to 720p and 1080i. HDMI High Speed works with 1080p and above.

As the names suggest, the cables with Ethernet allow HDMI cables to transmit an internet connection, while the automotive cable is for use in automobiles.

How do I tell the difference between cables?

This all may seem a bit confusing, but it's actually easier than you think. The HDMI standard requires all cables to be labeled by type. If you're buying new cables, the packaging will indicate the type of cable you're looking at. As for the cables you already own, some will indicate what type they are on either the connector head or the cord itself.

On rare occasions, you may need an extra long HDMI cable (over 10 meters) to connect your system. These distances require repeaters and other Radio Shack doodads to carry the signal. But unless you have some crazy home theater setup, you probably won't run into this problem.

The HDMI standard requires all cables to be labeled by type.

Ethernet-equipped HDMI is increasingly obsolete, so this option is also of little concern. Most new devices that use HDMI connect to the internet via WiFi, so unless you absolutely need a hardwired internet connection for your device, you can probably go without Ethernet HDMI.

Now you know pretty much everything you need to know about HDMI. Just heed this suggestion from the HDMI organization itself: Shop for cables last. Buy the products with the features you want, such as a Blu-ray player or 3D HDTV, then buy the necessary cables and accessories. That way you'll know exactly what you need to make your hardware compatible.