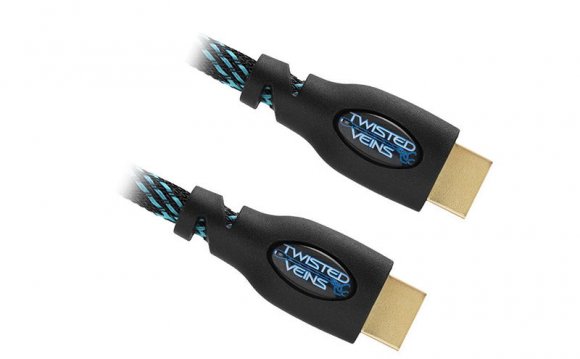 HDMI transmission is a technique called transition-minimized differential signaling. I discuss this at length in the original article, so I'll just sum up here. TMDS is very robust, and means that even if the signal is very weak, or picks up noise along the way, the 1s and 0s get received by the display exactly as they are in the source. As the signal gets worse and worse, the picture/sound quality stays exactly the same. It's perfect picture/sound up until it simply isn't. If the signal is too weak, you get sparkles or nothing at all. Or, as I said in the header, the correlation between signal quality and picture/sound quality is not linear. It can't be. The packets of data that represent pixels of video don't degrade. If there is not enough signal, they simply cease to be. It is an ex-pixel. Beeee-reft of life. It is. No. More.

I guess that's the part that people get hung up on. Decades of understanding with analog cables is a hard thing to shake, and I'm just some punk on the Internet telling you you're wrong (check my sources).

Bottom line: HDMI signal quality has little to do with picture/sound quality.

'Well built'
I've said before that for long cable runs, it doesn't hurt to get a "well-built" cable. But what does that mean? Some cables have thicker, more rugged jackets, stronger plugs, etc. Some can have better internal wiring that ensures that there's less degradation between source and display.

It does not necessarily mean more expensive, however. In fact, I'd say there's little if any correlation between price and build quality. I've used cheap cables that were well built, and expensive cables that felt cheap.

If you're going to run your HDMI cable through a wall, or have it lying on the floor like I do in my otherwise pristine lab (yeah, right), a strong jacket is beneficial. For most people, though, even cheap cables will be fine.

There are also downsides to "expensive" or overbuilt cables. Some manufacturers, in an attempt to make their expensive cables seem worthwhile, have thick, heavy plugs. These are horrible, adding strain and wear to your components. I've heard stories from readers complaining their heavy HDMI cable dislodged the HDMI input on their display.

How to extend a HDMI connection using Cat5e/Cat6 cables