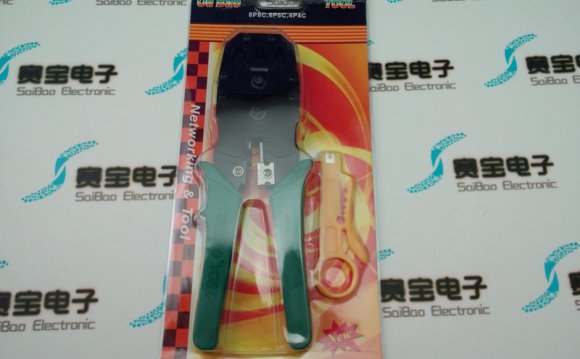 Moving Ethernet from an office environment into the industrial world is not as easy as one might think. The office environment offers its cabling system a relatively safe harbor, whereas industrial applications are often subject to harsh and hazardous environments such as oil, gas, and petrochemical plants; water and wastewater facilities; wind farms; and mining. Such environments require the Ethernet cable to resist temperature extremes, humidity and moisture, dust and mud, oil and solvents, corrosive chemicals, mechanical vibration, EMI interference, and more.

In order to meet Industrial Ethernet cabling demands, some cable manufacturers have introduced so-called “Industrial Ethernet” cables that are essentially commercial off-the-shelf (COTS) Ethernet cable covered by an extra jacket. This kind of Ethernet cable has certain rugged qualities, but is usually oversized due to the dual-jacket construction. This larger cable is not convenient for installation and is extremely inflexible when compared to the common COTS cable with the same construction. Another huge disadvantage of such cable is that the temperature rating is still limited by the COTS cable itself. To provide a complete solution to the above-mentioned requirements, a special cable customized to the industrial environment must be designed using the
current available technologies.

A typical Ethernet cable construction consists of either two or four twisted pairs surrounded by a metal shielding (for shielded cable only) and covered by a jacket. For Cat6 and above, a cross-filler is often used as well.

The Telecommunications Industry Association (TIA) has developed voluntary, consensus-based industry standards for a wide variety of ICT (information and communication technologies) products, and currently represents nearly 400 companies. Its TIA-568-C.2 specifies the standards for cable categories such as Cat5e, Cat6, Cat6a, and Cat7. Let’s use Cat5e Industrial Ethernet cable as the example in the design factors discussed below.

Typically, oxygen-free high conductivity (OFHC) copper is selected as the conductor material for Ethernet cables. This kind of material has 99.95% minimum copper content and an average annealed conductivity of 101%. Depending on the Ethernet cable type, bare copper and tinned copper are often used for category cables. The copper conductor size and stranding construction determine the DC resistance, insertion loss (previously called attenuation), and other related electrical parameters. Generally speaking, 26AWG to 22AWG conductors are used for this type of design. A slight variation on the size is usually adopted
to meet the insertion loss while keep the cable light and flexible.

Depending on the flame resistance requirements, polyolefin (polyethylene and polypropylene) and fluorinated ethylene propylene (FEP) are commonly used as insulation material. These materials have good dielectric constant and dissipation factors which are critical to Ethernet cables’ electrical performance including impedance and insertion loss. It should be noted that both dielectric constant and dissipation factors are frequency-dependent, meaning that to make the cable Cat5e-, Cat6-, Cat6a-, or Cat7-compliant, a different grade of the aforementioned materials should be considered since the operating frequency spans of these category cables are different.

Eccentricity is a critical parameter at the extrusion stage. High eccentricity is the root cause of impedance irregularities by means of the unstable mutual capacitance when the conductors are twisted into a pair. A desired eccentricity should be kept within 3% for a
decent product.

Pair twisting is a very important process during the cable’s production because almost all of the major electrical characteristics are determined at this stage.

Design-wise, the twist lay length is the main concern. Each pair’s lay length affects not only each individual pair’s impedance, signal transmission delay, and time skew, but also the crosstalk between pairs. Process-wise, the twisting not only determines how balanced the insulated conductors are (electrically determines the resistance unbalance, capacitance unbalance, differential, and common mode performances such as TCL and TCTL), but also influences cabling since an imperfect twisting can exaggerate the flaw caused by the cabling process itself. Because the signals with different frequencies travel in twisted pair, a certain signal will have the same (or harmonic) frequency as the pair’s intrinsic frequency determined by the twist lay length. So the energy coupled between pairs at this frequency will be accumulated, causing a spike showing on the crosstalk graph.

Cabling can be as simple as bunch-bundling four pairs in sequence for lower category cables or as complicated as adding filler with all kinds of shapes, isolation tapes (usually clear Mylar tape), and drain wires (usually stranded tinned copper wire) all together as in the higher category cables. Various filler designs have been seen in the network cable industry, but the goal stays the same: minimize the crosstalk between pairs. Although all kinds of material can be used as the filler, a rule of thumb is to use a material that has similar or better characteristics than the insulation material. The major purpose of using an isolation tape is to segregate the pairs from the drain wire and shielding tape/braid to avoid hipot failure. At the same time, it pushes the drain wire and shielding tape/braid away from the pairs to help electrical performance.