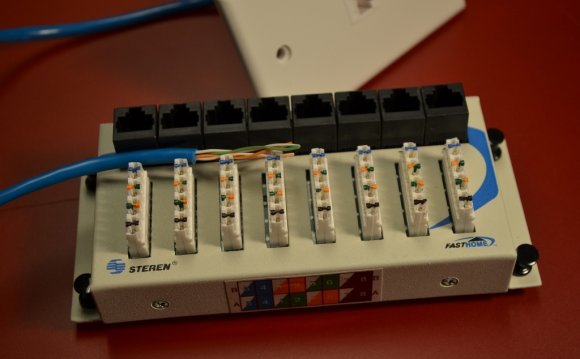 Editors' note: This post is part of a regularly updated series. For the other parts, check out the related stories below.

All home networks start with a network cable. Even if you plan on using all wireless clients, in most cases you will still need at least one cable to connect the wireless router and the broadband modem. A typical home network needs more than that because chances are you also want to connect a few Ethernet-ready devices to the router.

Knowing how to make your own networking cable is an important, handy skill for a few reasons. First, network cables that you buy at the store are generally grossly overpriced: a 7-foot-long cable can run you $20, almost $3 per foot. Secondly, it's hard to find a ready-made cable that's just the perfect length; most of the time it's either too long or too short. When you make your own, the cable will be exactly the length you want, and if it's not, well, you can make another one or adjust it.

You can also make other hardware parts for the network, including network wall ports and patch panels. As you will see after reading this post, this is a skill that's not only easy to learn, but it doesn't cost much, either. All the tools you need cost less than . Parts, such as patch cable and connectors, are also very affordable.

The biggest return on this investment, however, is that you may find making and wiring your own network hardware actually fun, and it gives you complete control of your home network. A well-designed wired home network is also the best in terms of performance, since - for right now, anyway - cabling is much faster and more reliable than a Wi-Fi signal. If you want to do serious streaming and data sharing within the local network, running network cables is the way to go.

Now, let's start with the cable itself.

Here are the steps to make your own network cable. Remember, the wiring scheme is the hardest part (click to enlarge). Dong Ngo/CNET

Repeat the same step with another plug on the other end of the patch cable, and you have made yourself a network CAT5e cable. A quick calculation shows that a homemade network cable costs just a few cents per foot.

Now that you know how to make your own network cable, let's talk about how to hide it. As you might imagine, it's not a good idea to run a long cable from the router (in the living room) all the way to a home office, with, say, the kitchen in between. Instead, it's better to make two wall network ports, one at the router and the other in the office. The cable connecting these two network ports can be hidden under the floor, on the roof, or behind the wall.

Depending on your home, the actual job of running patch cables behind the wall or under the house, and making both of its ends come out of the wall, can be tricky. You might want to hire a handyman for that job, especially the part where you need to cut holes in the wall. In this post, though, I'm just talking about how you can make an Ethernet jack, with the ends of the patch cable already sticking out of the wall. Again, this is a CAT5e jack, also known as a RJ-54 Ethernet jack. A CAT6 jack has the same wiring, however.

A good punch-down tool is essential to making your own network port. Dong Ngo/CNET

What you need:
A punch-down tool: This tool costs about $20. I use a Trendnet TC-PDT, which incorporates a blade to cut off extra wires.

Ethernet jack and wall plate: As many as needed. Generally a set of one jack and one wall plate costs around $5. You can buy these separately and you can find a wall pate that can house more than one jack.

How To Make an Ethernet Cat5e/Cat6 Patch Cable Video.flv

How to make an Ethernet Extender or Crossover/Patch Cable