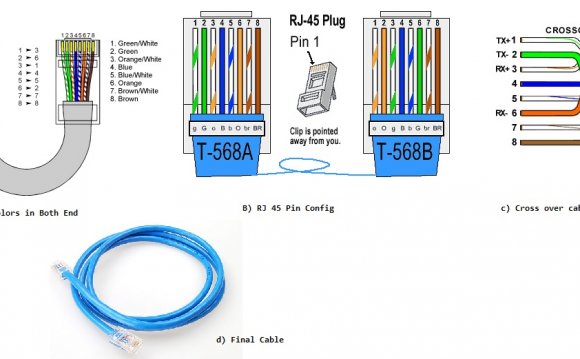 What is the difference between an ethernet cable and an ethernet “crossover” cable? I would like to wire my two computers together so that data could be transferred. Both computers have an available ethernet port. I have additional ethernet cables available. How do these cables differ from the crossover variety? How much should I expect to spend on a crossover cable?

If you have a computer network in your home, there is a good chance that at least one ethernet lan cable is involved. It might connect your computer to a, a modem, a wall socket, or even hook a wireless router up to the outside world. Whatever it does, your ethernet cable is a vital part of your network. However, there is another similar type of cable that is known as a crossover cable. While it has many similarities with an ethernet cable, the exact purpose of it can be unclear.

Similarities Between Crossover and Ethernet

The difference between configuration of crossover and ethernet cables has an important function. Ethernet cables are for connecting two different types of devices. However, crossover cables are used for networking two similar devices directly, without using hubs or routers. Trying to use an ethernet lan cable in place of a crossover cable will simply not work, and vice versa.

Crossover cables, because they are designed to connect two similar devices, serve many purposes that ethernet lan cables cannot. For example, you can use crossover cables to connect two network hubs together. This allows you to share information between the hubs, and gain extra ports that are all on the same network. This is a great way to connect many computers or external devices together, particularly ones without wireless capabilities.

However, crossover cables cannot perform the numerous functions of ethernet lan cables, which are all very important.

Ethernet cables, unlike crossover cables, are for connecting two different types of devices. This is a much more common type of connection, which you will see in almost every network. For example, an ethernet cable could be used to connect a computer to a modem. Alternatively, it could connect a computer to a splitter, which connects to several external devices, such as printers. Ethernet cables are very useful and more common than the specialized crossover cable.

More Tutorial: How to Create a LAN Connection Using an Ethernet Cable?