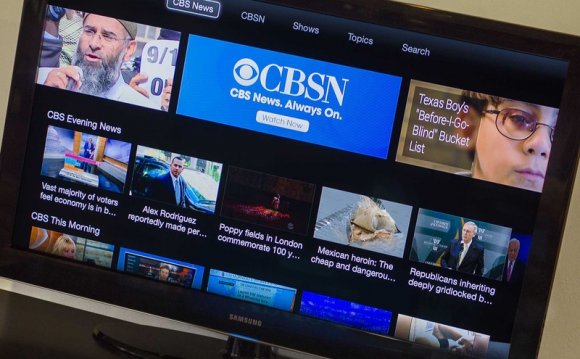 I was an Apple TV early adopter back in the day when the Apple TV had an actual hard drive in it. With the latest version of the Apple TV, I have found that it takes a lot longer for movies and tv shows to start playing. It is often that a video will buffer for a while which interrupts our viewing. The Apple TV no longer has a hard drive inside for storing content. It has a small amount of storage that it uses as a buffer to keep your content playing smoothly. The problem these days is that movies and tv shows stream in HD and those HD files are quite large. On top of that, we have multiple devices that are connected to our Wifi network which makes the router work harder to transmit the signal the Apple TV needs to stream content uninterrupted.

Due to the layout of our previous home, it was easier to connect the Apple TV over Wifi. We could not get our cable internet modem or router close enough to the TV to connect the Apple TV by ethernet cable. About 6 months ago, we moved and I decided to place the cable modem and router behind the tv. We instantly had the same issues as before with buffering and the Apple TV becoming disconnected from the Wifi signal. This prompted me to just plug the Apple TV in directly to the router using an ethernet cable.
Having the Apple TV plugged in directly solved the problem immediately. The Apple TV has 802.11 N, but that just is not fast enough to stream high-quality HD video while multiple other devices are connected as well. Removing the need for the Apple TV to use the Wifi network, it made the connection faster. On top of that, ethernet is still faster than Wifi.

Thankfully I was able to place my cable modem and router behind my TV in this house. Had I not, I would have had to get more creative. In my office, we have two Apple TV’s. Unfortunately, both are connected via Wifi and we always have connection problems with them. Here are a couple of options I was considering at my old home and am considering at my office where running a direct ethernet cable from the router to Apple TV is not an option.

The Apple TV supports 802.11N which means if you have a wireless router that is older/cheaper that does not support 802.11N, your transfer rates to the device will be slower. Hypothetically, 802.11N should be more than fast enough to stream HD content. Before getting carried away with the options below, you might try upgrading your router to a higher quality Wifi router. After not being content with the Apple Basestation Wifi Routers I switched to an ASUS RT-AC66U which supports 802.11AC and N. My Macbook Pro supports 802.11AC, which is more robust than N. It also has four ethernet ports in the back. I used one of those ports to plug my Apple TV in directly. Using this router, I noticed more consistent connections with my other wireless devices then when I was using the Apple Basestation router.

Option 2 – You gotta keep them separated:

Most cable modems have more than one ethernet port coming out of them. If not, the router you use most likely does. This gives you the ability to separate the Wifi signal to your Apple TV from the wireless signal you use for other devices. This would mean that you would have to purchase another Wifi router to accomplish this. With two Wifi routers, you could dedicate one for connecting to your Apple TV and the other for all of the other wireless devices in your household. Let me explain this in more detail.

Internet on ipad using ethernet cable - in flightmode and ...

How To Mirror Mac Screen without Apple TV Over Ethernet