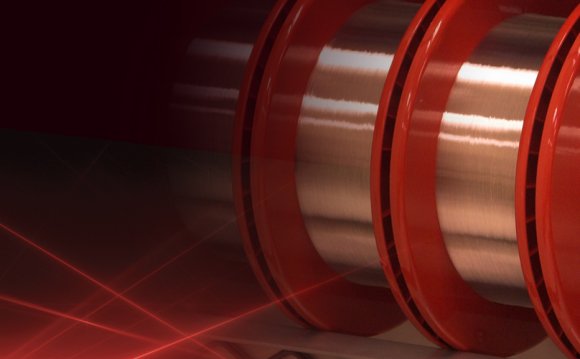 Google Fiber promises to bring high-speed Internet to the masses at low cost — but only in certain cities. So around the country, local governments have taken it upon themselves to build their own fiber-optic networks that can deliver the same capabilities. Last week, this effort was met in Kansas with a bill written by cable lobbyists who sought to ban cities from building municipal broadband projects. While the state cable association has since agreed to amend the bill in the face of public criticism, the incident is a reminder that public infrastructure projects can be especially fraught when it comes to Internet service.

But what so far has been a fight between states, cities and established commercial incumbents may soon become an issue for federal regulators. A recent court decision has given the Federal Communications Commission a green light to intervene in these situations, industry analysts say. While it's too early to tell whether the FCC intends to exercise this power, mayors would find a powerful ally in Washington if they could convince the FCC to intervene.

Kansas isn't the only place where cable companies have thrown up barriers to publicly funded fiber optic networks. Colorado, for instance, has a law on the books that requires cities to pass a referendum if they want to start building a municipal network. The cable industry has campaigned against such ballot measures there in the past. In Seattle, cable companies lobbied to defeat mayor Mike McGinn, who was an advocate for public fiber.

The cable industry argues that public financing of city-wide networks costs taxpayers extra for what is already available commercially. This can be true if a city levies a new tax to pay for the fiber cables, if not enough subscribers sign on to make the network cost-effective or if it's unable to foot the bill through other means. But some cities have also circumvented this problem by offering public bonds instead of passing new taxes — and to many fiber supporters, the benefits of insanely fast Internet are enough to outweigh the criticisms.

When cities decide to offer fiber-optic Internet themselves, they wind up challenging the interests of cable companies and other existing providers. Assuming the financing and construction goes over without a hitch, the fiber-optic service — which is capable of speeds up to 100 times the national average — effectively becomes a public utility. Customers who sign on with the city must switch away from their old company, and in some cases get a better deal out of it. For $70 a month, residents of Chattanooga, Tenn., get access to speeds of 1 Gbps (1, 000 Mbps). That's way faster than even the highest speeds in many communities served by commercial providers.

Cable companies understandably don't like that. But their policy of trying to thwart city-led efforts at building broadband now risks running afoul of the FCC. In an ironic twist, the federal court decision striking down the FCC's net neutrality regulations may have given the agency just the power it needs to stop them.

Until now, the FCC's authority to regulate broadband has been somewhat ambiguous. In its ruling last month, the D.C. Circuit said the agency isn't allowed to write prescriptive prohibitions on regulating Internet traffic. But it also explained that the FCC can regulate broadband in other ways, under a section of the Telecommunications Act known at Section 706. This is a perspective even the dissenting Judge Laurence Silberman endorsed in spite of his overall argument that Section 706 doesn't grant the FCC power to implement the net neutrality regulations at stake in the case.

"Section 706 is a grant of positive regulatory authority, " Silberman wrote in his partial dissent. "The key words obviously are 'measures that promote competition in the local telecommunications market or other regulating methods that remove barriers to infrastructure investment.' Those are the words that grant actual authority."

In a footnote, Silberman went on to highlight municipal broadband projects explicitly, citing state laws (such the one Kansas is now considering) as "a paradigmatic barrier to infrastructure investment" that the FCC could use to invoke Section 706.

Even as industry watchers are trying to determine just how far the FCC can go with Section 706, its authority to act on city-level fiber-optic efforts seems clear.

"The Chairman’s message has been aggressively pro-competition, " said Paul Gallant, a telecom analyst at Guggenheim Partners. "So I wouldn't be surprised to see him pick up the ball from Judge Silberman and consider preempting state laws that tell cities they can’t self-provide broadband.”