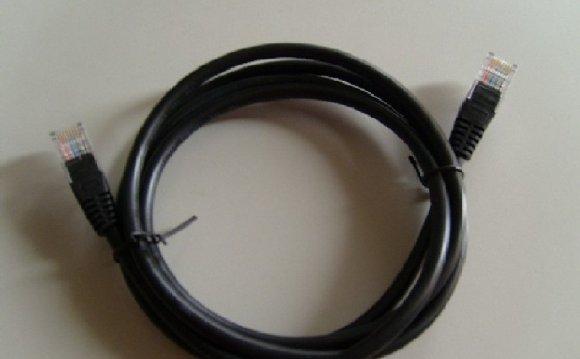 The AmazonBasics RJ45 Cat5e Ethernet Patch Cable connects computers to network components in a wired Local Area Network (LAN). Intended for use in the home or office, this Cat5e Patch Cable meets more stringent standards than conventional Category 5 cables and is capable of transmitting data at speeds of up to 1000 Mbps (or to 1 Gigabit per second). Includes gold-plated connectors for high-quality, corrosion-free connectivity, and male RJ45 connectors for compatibility with network components including computers, printers, routers, and switch boxes.

The RJ45 Cat5e Ethernet Patch Cable provides data speeds of up to 1000 Mbps (equivalent to 1 Gigabit per second).

The speed and quality of a wired LAN is largely determined by how fast data is transmitted between computers and network components. Whether you are sharing files on a Network Attached Server, printing from a network printer, or connecting several computers through a network switch, you will want to connect your devices with a cable that provides a fast and reliable connection.

The Cat5e Ethernet Patch Cable is a cable assembly that consists of UTP (unshielded twisted pair) cable with an RJ45 male connector crimped onto each end. This patch cord is used to provide connectivity between any two components that have RJ45 jacks. The cable's RJ45 connectors offer universal connectivity to computers and network components, such as routers, switch boxes, network printers, and network attached storage devices.

The Cat5e Ethernet Patch Cable features RJ45 connectors with gold plating for accurate data transfer and reliability. This cable is capable of transmitting data at speeds of up to 1000 Mbps (or 1 Gigabit per second).

The faster the speed of your connections, the greater your network's ability to stream video, music, and other data that require high bandwidth. (Please note that your network's speed is determined by many factors in addition to the cables, including your router, switch boxes, and components.)

Manufactured for Accuracy and Longevity

The AmazonBasics RJ45 Cat5e Ethernet Patch Cable is a 4PR UTP network cable, which means that it consists of four unshielded twisted pairs surrounded by a durable outer PVC jacket. UTP cabling systems are the most commonly deployed cable type in the United States because they minimize noise and interference that can degrade signal quality. They are used widely in airports, telecommunications systems, building and construction industries, and ATMs.

Slow data transfer and interference can be caused by one pair in a cable "bleeding" signals to another pair through a process known as induction or "crosstalk." This process can cause slow data transfer, or even completely inhibit the transfer of data signals. Crosstalk is minimized by the twisting of the pairs in the cable. Each pair is wound together for the purposes of canceling out noise that can interfere with the signal.

AmazonBasics is a collection of consumer electronic "basics" created by combining quality and low prices for an overall focus on value.